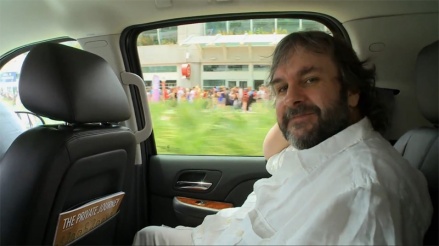 The cool thing about this video is I was one of the 6500 people that got to see The Hobbit panel at Comic-Con this year.  I’m glad you get to see what we saw and you get to feel the excitement of it all.

It doesn’t look like any of the fans who recorded The Hobbit panel at San Diego Comic-Con were able to get up close to the action (though they were very lucky just to get in!) However, there’s still some solid video from the panel thanks to MagicTheNumbers!

We’re still waiting for video of Comic-Con’s panel for The Hobbit to pop up on the Internet, but in the meantime, check out this lovely, detailed report of the footage shown from Entertainment Weekly!

Scene 1: Gandalf and the 13 dwarves, led by Thorin Oakenshield (Richard Armitage), debate whether Bilbo should be allowed to join their quest to reclaim their treasure from Smaug, since it’s not clear if he is clever and sneaky enough to help them break into his secret lair. Eventually, Gandalf stands firm, and Bilbo reads over the “standard” contract to join their quest, which includes clauses noting that “laceration, evisceration, [and] incineration” are possible fates for him. Bilbo faints.Scene 2: Bilbo meets Gollum (Andy Serkis), looking (slightly) younger than he did in The Lord of the Rings but still very much gripped by his Smeagol/Gollum split personality — they debate whether to eat Bilbo, or play word games with him. Bilbo realizes his best chance of escaping the goblin tunnels alive is to play along with Gollum, so he proposes a game of riddles. If he wins, Gollum helps him out. If he loses, says Gollum, “we eats it whole.”

Scene 3: Galadriel (Cate Blanchett) asks Gandalf why he brought “the halfling” on this most unexpected journey, prompting one of Gandalf’s soul-stirring speeches about how it’s “the small deeds by ordinary folk” that best hold evil at bay. It ends with what I perceived as quite a tender moment between Galadriel and Gandalf, hinting at an unspoken ache in Gandalf’s heart for the attentions of this celestial being standing before him.

Scene 4: We see Bilbo pick up the fateful One Ring, and then cut to a later scene where Bilbo almost confesses to Gandalf about the new item he’s picked up on his way. “I found something in the goblin tunnels,” says Bilbo.

“What did you find?” says Gandalf, clearly concerned. 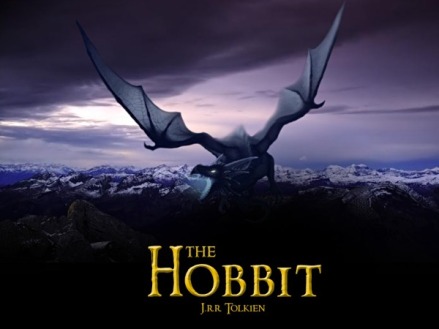 Elijah Wood was only 19 years old when he last was in Hobbiton.  He is now 31 years old.  Yes, 31, folks!  And you know what… he still looks pretty much the same as he did 11 years ago.  Sure, he can’t walk around San Diego International Comic-Con like he did before the Lord of the Rings trilogy became a big hit without being bombarded with fangirls and fanboys alike, but I doubt he’d take any of his experience filming in New Zealand back (and I don’t blame him.)

So, here we are, with long awaited The Hobbit coming to theaters later this year, and Collider got a chance to speak to Elijah about returning to New Zealand and to Hobbiton:

It’s such an incredible treat.  It’s not often that you have such an intense formative life experience, and then, ten year later, get to revisit that.  It was really amazing, going back to New Zealand.  So many of the crew, who had worked on Rings, are working on The Hobbit.  A number of the same actors are working on it.  We shot a little bit in Hobbiton, and I realized that I had turned 19 in Hobbiton.  I was there 11 years ago.  That’s bonkers!  And it hasn’t changed.  It was really amazing!  It was a remarkable experience, and a great family reunion.  It felt like stepping back into time.  It was a gift.  It was awesome!

Elijah also talks about his work on the animated Disney series, TRON:Uprising, as well as the 2nd season of Wilfred, and a few other things he has his hand in.  You can read the interview here.